"Yiannis Kapoulas is a ridiculously talented multi instrumentalist who picked up two Hamilton music awards this year. Mystic Journey is a master class in Mediterranean-inspired string playing — and on an exotic, triple-necked guitar, no less."

“A one-man fusion band...... His fingers are so fast and versatile that no single instrument can accommodate them.”

"What I got out of this experience is that his music took me to a higher echelon of spiritual space and we need people like him to the great faculty of banality and give us a purpose to enjoy the unique energy that we all carry. " read more 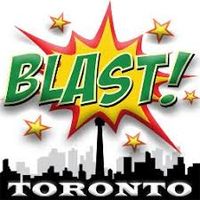 "A song, like "Seven 8", doesn't just keep your head floating above the water, but extends it to the clouds." read more

”Toronto concert-goers got a chance to experience Yiannis' trademark eclectic sound and witness his fiery-finger work, augmented by two expressive dancers, at a rare club performance at the temple of Latin music, the Lula Lounge last night.”

“North York's Kapoulas masters many instruments - and makes his own.”  read more

“An immense musical talent and virtuoso.”

“A gifted multi-instrumentalist steeped in the traditions of the Mediterranean, Yiannis Kapoulas has won awards around the world for songwriting and performing. Kapoulas plays anything with strings"

"I was in a constant awe during the show, experiencing music influences from Latin, Mediterranean, Middle Eastern, Jazz, Classical and Funk. Yiannis’ passion is evident, his agility is fascinating, and his dedication to his music and art is absolutely admirable!"